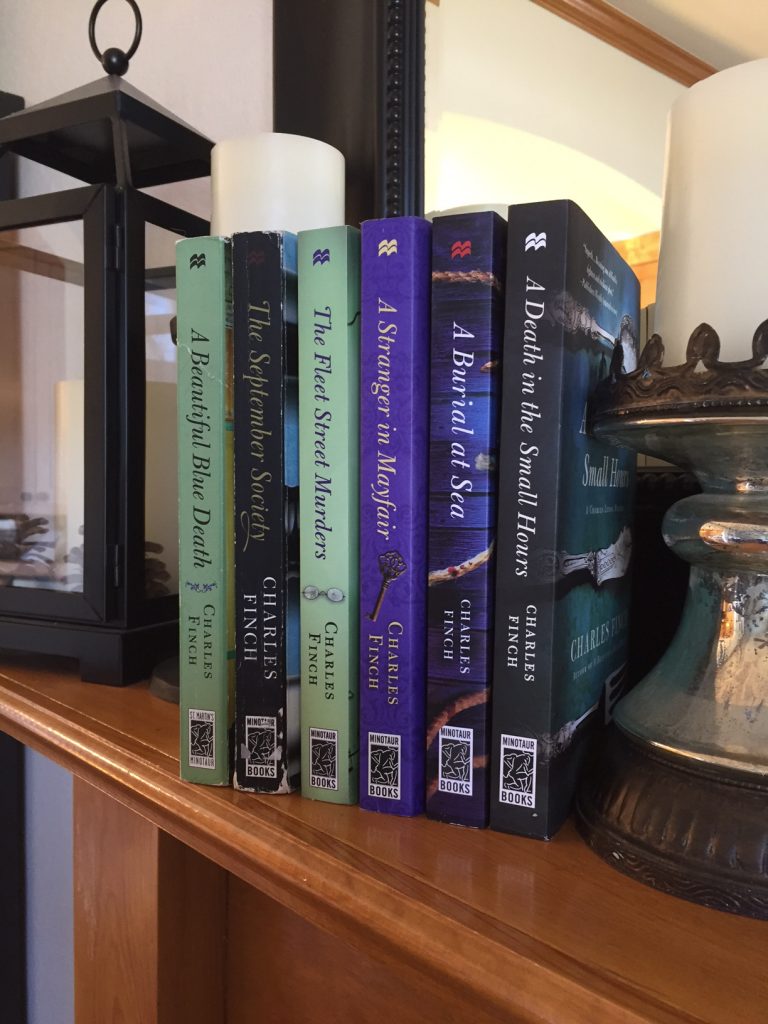 This week for our Backlist Book Pick we are featuring the first book in one of my favorite mystery series.

Backlist Book Picks is where we feature older books, books that are not the new releases that everyone is talking about.

With all the new book releases each week, older books often get forgotten on the bookstore shelf. We want to change that by featuring a backlist book each week.

A Beautiful Blue Death is the first book in the Charles Lenox series by Charles Finch.

A Beautiful Blue Death is not considered a cozy mystery, but I think it fits in that category because it doesn’t have all the graphic details that many mysteries do.

A Beautiful Blue Death, and The Charles Lenox series, are considered historical mysteries.

The series is set in Victorian England. Charles is the second son in the family. He gentleman and an amateur detective who loves solving a good mystery. 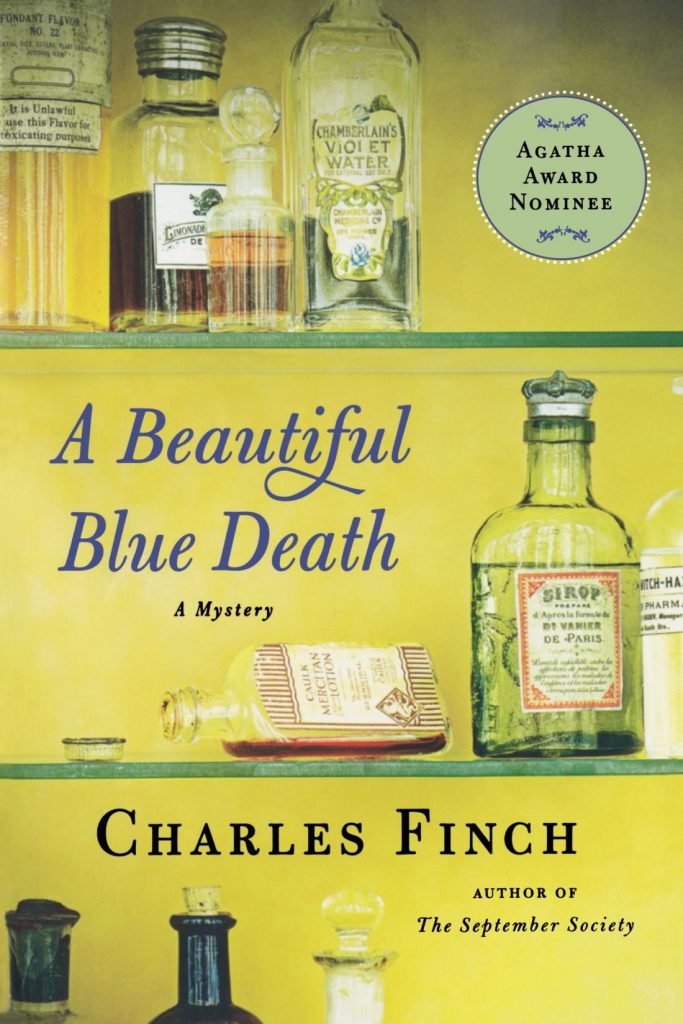 In A Beautiful Blue Death Charles helps his good friend, Lady Jane, after one of her former servants is found dead.

This book and the entire series involve the upper and lower class of Victorian England. This is a great series if you like Dowton Abbey type of stories.

I am featuring the first book in the series today because it is important to start with the first one, but I think the series gets better as it goes on.

There are thirteen books so far in the series. I have enjoyed all the books, but books two, three, four, and five are probably my favorite.

If you love a good British mystery, give A Beautiful Blue Death and The Charles Lenox series a try.

Have you read any books in this series?