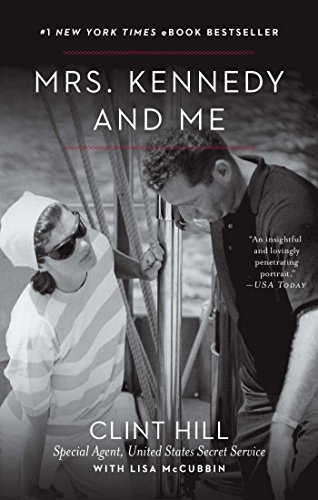 Book Review of
Mrs. Kennedy and Me

Author: Clint Hill
Genre(s): American  Biographies & Memoirs  Nonfiction
Buy the Book Buy the eBook
We are a participant in the Amazon Services LLC Associates Program, an affiliate advertising program designed to provide a means for us to earn fees by linking to Amazon.com and affiliated sites.
Skip to the book review

Mrs. Kennedy and Me written by Clint Hill is a fascinating look into the Kennedy’s life while in the White House.

Clint Hill, the author, was Jackie Kennedy’s secret service agent. He got to know Jackie Kennedy in a way that very few people did. He was one of the agents on duty when President Kennedy was shot and killed.

I listened to this on audio and thought it made a great audiobook, but I think I would have enjoyed reading this one as well.

To me, this book was a reminder of how out of touch Jacqueline Kennedy could be. She grew up in a wealthy family and in her mind, she could not imagine that there are people who had never done things as their family did. Things like riding a horse or riding on a boat. She was fairly out of touch with how normal people lived their lives.

I was also very surprised at the lack of time both President and Mrs. Kennedy spent with their kids and each other. However, the historical aspect of this book was fascinating and well done.

If you love presidential history this is a good one.