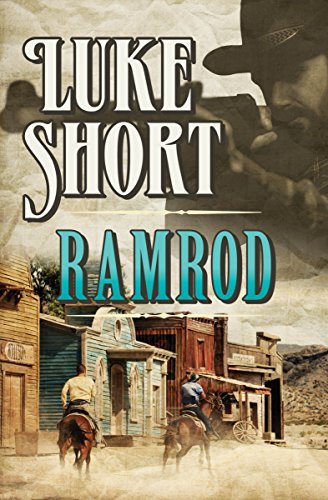 Author: Luke Short
Genre(s): Fiction  Historical Fiction  Westerns
Buy the eBook
We are a participant in the Amazon Services LLC Associates Program, an affiliate advertising program designed to provide a means for us to earn fees by linking to Amazon.com and affiliated sites.
Skip to the book review
Publisher Summary:

Dave Nash smells trouble the moment he rides into Signal. He’s only been working for Walt Shipley three weeks, but he feels he owes the man his life for giving him a job when no one else would. Now, Nash will do anything for Shipley—even if it means staring down the barrel of a gun. He’ll face any danger for his new boss, but he hasn’t reckoned on the most dangerous creature of all: a conniving frontier woman.

Connie Dickason is the most seductive woman in Signal, and Shipley has his heart set on marrying her. But a brewing war with a powerful cattleman drives Shipley from town, leaving Connie and Nash to defend the ranch together. The ranch hand soon discovers that the boss’s wife will stop at nothing to get what she wants.

Ramrod was the first book by Luke Short that I have read. I liked it. He is not quiet Louis L’amour, but he has a similar style. He had characters that I liked and a plot that was similar to others but had some different turns that I liked.