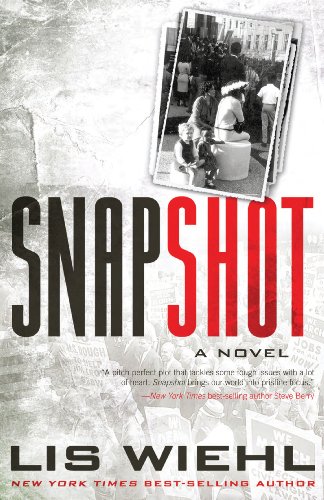 Author: Lis Weihl
Genre(s): General Fiction  Mystery
Buy the Book Buy the eBook
We are a participant in the Amazon Services LLC Associates Program, an affiliate advertising program designed to provide a means for us to earn fees by linking to Amazon.com and affiliated sites.
Skip to the book review
Publisher Summary:

The Civil Rights Movement is less than a distant memory to Lisa Waldren—it is someone else’s memory altogether, passed on to her through the pages of history. Her life as a federal prosecutor in Boston feels utterly remote from the marches in the South that changed her father’s generation—and the entire nation—forever.

But the truth is, she was there.

When a photograph surfaces showing a blond, four-year-old Lisa playing with an African-American girl at a civil rights march in Fort Worth, Lisa is faced with a jarring revelation: the girls may have been the only witnesses who observed the killer of civil rights leader Benjamin Gray . . . and therefore the only ones who can exonerate the death row inmate falsely accused of the murder.

Soon, Lisa finds herself in the dangerous world her father had shielded her from as a child. After some searching, the Waldrens find the other little girl from the photo and, in the process, uncover conspiracy mere steps away from the likes of Bobby Kennedy, Lyndon Johnson, and J. Edgar Hoover.

Based on real events and a photograph snapped by author Lis Wiehl’s own G-man father, Snapshot is a remarkably original marriage of mystery and history.

I was a bit disappointed by the book Snapshot by Lis Wiehl. It had some good messages, but there were some stuff that could have been left out. It was also a bit scattered. I think that it showed good through it, but that it could have been done better. I guess I do not like fiction books that are a bit scattered and confusing, but I think that maybe the author was trying to use that to show messages. To me though it took away from it a bit. I did in the end enjoy it and was glad I read it as it gave me some things to think on that were happening in the 60s.