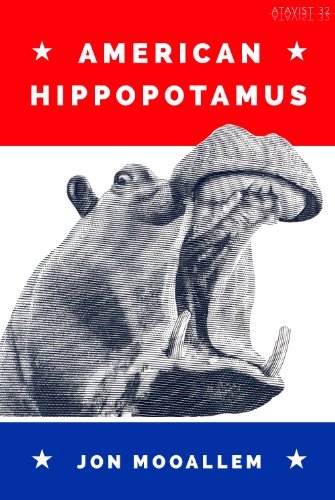 Author: Jon Mooallem
Genre(s): American  Animals  Biographies  Biographies & Memoirs  History  Nonfiction
Buy the eBook
We are a participant in the Amazon Services LLC Associates Program, an affiliate advertising program designed to provide a means for us to earn fees by linking to Amazon.com and affiliated sites.
Skip to the book review
Publisher Summary:

In 1910, the United States—its population exploding, its frontier all but exhausted—was in the throes of a serious meat shortage. But a small and industrious group of thinkers stepped forward with an answer, a bold idea being endorsed by the likes of Theodore Roosevelt and The New York Times. Their plan: to import hippopotamuses to the swamps of Louisiana and convince Americans to eat them.

The only thing stranger than the hippo idea itself was the partnership promoting it. At its center were two hard-bitten spies: Frederick Russell Burnham, a superhumanly competent frontiersman, freelance adventurer, and fervent optimist about America’s future—Burnham would be the inspiration for the Boy Scouts—and Fritz Duquesne, a.k.a. the Black Panther, a virtuoso con man and cynical saboteur who believed only in his own glorification and revenge. Burnham and Duquesne had very recently been sworn enemies under orders to assassinate each other. They’d soon be enemies again. But for one brief and shining moment they joined behind a common cause: transforming America into a nation of hippopotamus ranchers.

In American Hippopotamus, Jon Mooallem brings to life a historical saga too preposterous to be fiction—a bracing and eccentric epic of espionage and hippos, but also of a conflicted nation on the threshold of a bewildering new century, deciding what kind of country it would be, and what beasts it would eat.

American Hippopotamus is such a unique and weird history story that it made me love it and read it in one day. Of course, it is not that big of a book and one can only buy it on kindle. I loved it so much though. I learned a so many little facts about lots of different people and Americans during the early 1900s. If you love weird history facts, or if your trying to branch out and read more nonfiction, I recommend this book to try because I loved it so much.