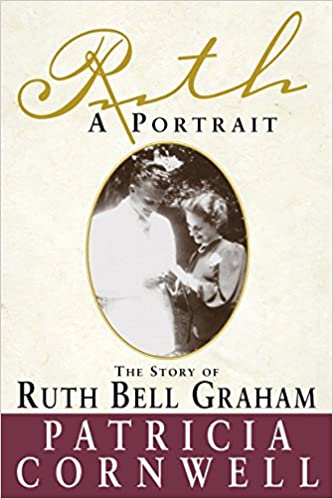 Book Review of
Ruth A Portrait

Author: Patricia Cornwell
Genre(s): Biographies  Christian Nonfiction  Nonfiction
Buy the Book Buy the eBook
We are a participant in the Amazon Services LLC Associates Program, an affiliate advertising program designed to provide a means for us to earn fees by linking to Amazon.com and affiliated sites.
Skip to the book review
Publisher Summary:

Ruth Bell Graham is known as the wife of evangelist Billy Graham. It was Ruth who influenced Billy, as his most trusted life-partner. In Ruth, a Portrait, we meet this fascinating and remarkable woman. Brimming with anecdotes, this is a breathtaking journey, with stops at many of this century’s epoch-making events.

The childhood years of the future Mrs. Billy Graham were spent light-years away–in the China of the 1920s and 1930s. The daughter of medical missionaries, she and her family were caught in a crucible of unspeakable hardship; in addition to pestilence and plague, there was the unstable political and military turmoil surrounding the Nationalist government, the Communists, and the Japanese invaders. These hazardous realities shaped Ruth Bell and her family, a family inured to difficulties, but buoyed up by their deep belief in God’s abiding will.

Virtually raised by the Grahams, the author is a repository of Ruth Bell Graham’s stories and has seen firsthand the spirit of this courageous woman. Patricia Cornwell not only gives readers a full, rounded, and intimate portrait of Ruth Bell Graham, but also insight into the life of the Graham family and particularly Billy Graham.

Ruth, A Portrait: The Story of Ruth Graham Bell is a book I picked up to read because I do not know a lot about Ruth and Billy Graham besides the basics that most people know. A few years ago I read a book about Billy Graham and have been wanting to read something about Ruth Graham. I enjoyed this book. It was an interesting book about a woman who gave up a lot to serve God by serving her husband and giving to others.