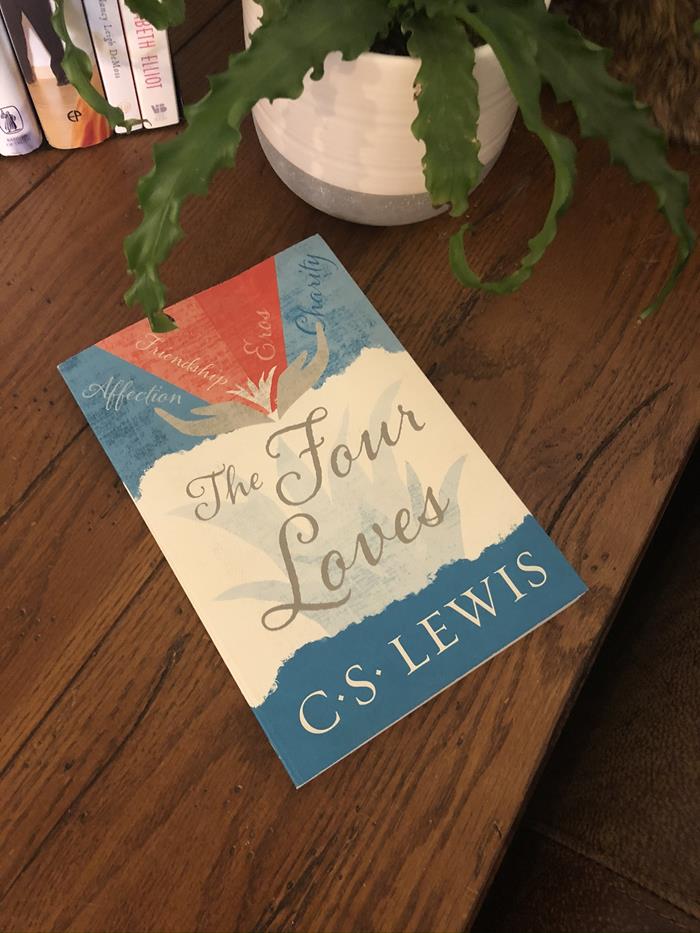 Grace is taking over for today’s Sunday Reading, and she is sharing her thoughts on The Four Loves by C.S. Lewis.

Today, we are featuring a thought provoking book, but it wasn’t a favorite. You might be asking why we are sharing a book that wasn’t a favorite. That is because our goal with Sunday Reading is to talk about books that make you think. We want to promote conversation. You don’t always have to agree with a book for it to be worth reading.

After you read Grace’s thoughts, we would love to hear yours. Have you read this book? If so do you think it was worth reading?

I hope that you enjoy Grace’s thoughts on The Four Loves by C.S. Lewis 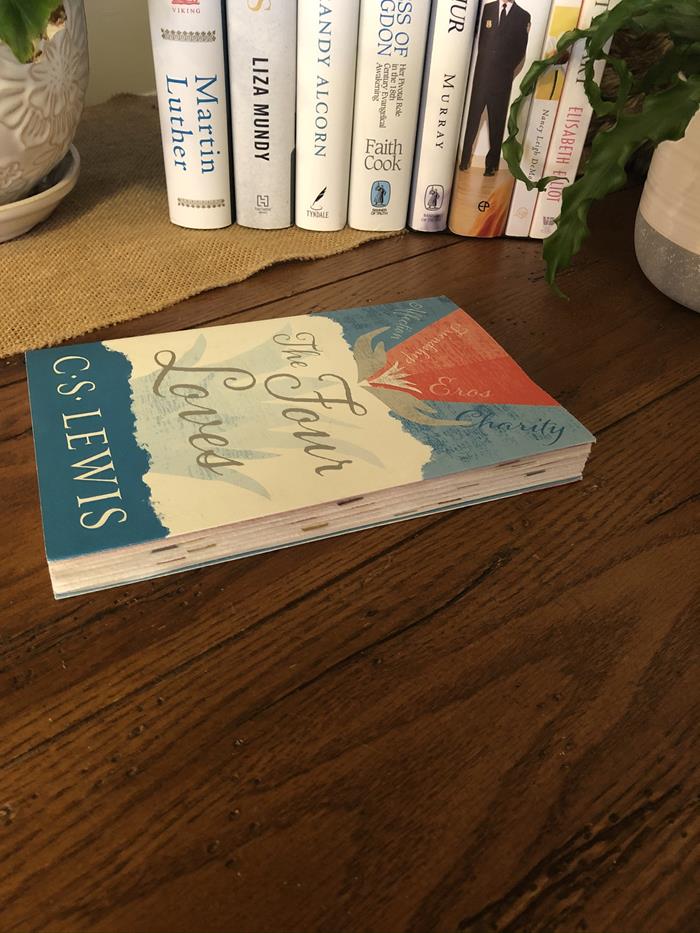 I have enjoyed many C.S. Lewis books. I will probably be sharing several of the ones I have read and will be reading for upcoming Sunday Reading posts.

I often find C.S. Lewis books to be somewhat simple and a lot of his books are well known and easy to find.

I do find that they often lack scriptural backing. Although I usually find his thoughts good and worth my time, especially as a start to a subject that I want to know more about.

Today’s Sunday reading is a book that is worth discussion, but it was one that I did not really like.

I picked The Four Loves by C.S. Lewis up because I was in a Bible study on 1 John. I really want to have a better grasp of Christian love, so I began looking for books. This was one of the books that I picked up to read.

I started with it because I knew C.S. Lewis would be easy to follow and probably interesting. I wasn’t wrong. It was a thought provoking read.

I liked his first chapter. It was on a affection, which is basically surface friends. But the further I got into the book. The less I liked it.

I did enjoy how he broke down the loves. It seemed like he had taken some of his thoughts from some older philosophers ideas of love. He did though cover what Christians’ love should be like and what God’s love is towards us.

I understand why this is not one of his popular books. It’s not that there wasn’t good stuff in it. I did learn some things and found it interesting to read. But there was so much stuff that it just threw me off from wanting to read more of his books. 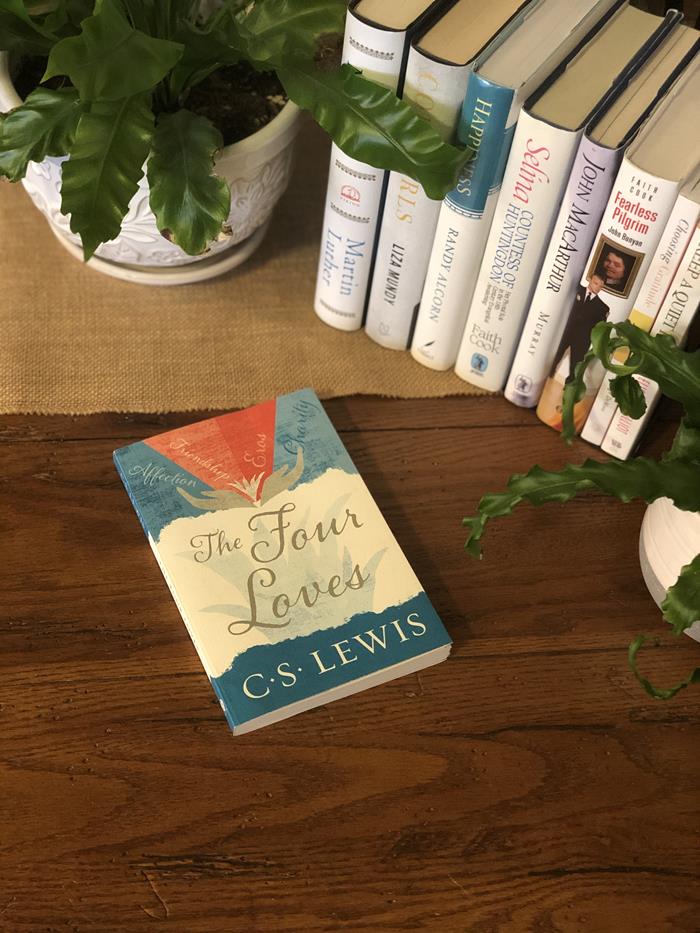 The biggest thing was he was sexiest, especially when it came to a woman’s intellect, and the conversations women should and shouldn’t have with men.

I must preference this. I usually am not offended by most comments. But what C.S. Lewis said did offend me. He basically said women bring down men’s conversations. And yes this bothered me, especially since some of my good friends are guys who I have intellectual and theological conversations with. But apparently C.S. Lewis would have looked down on me for having deep conversations with men.

I am sure it might be bother you as well. I read it several times to makes sure that I read him right. Yeah, he was not a believer in women having an equal voice as men. And man, it just hurt my overall view on C.S. Lewis.

It also dealt with some adult stuff that I think he could have avoided. Overall I was just disappointed by this book.

I would suggest you avoid this book especially if you are looking for a book about Christian love. If you are curious about Four Loves by C.S. Lewis, go ahead and read it. Just know it probably won’t be your favorite C.S. Lewis book.

Now I would love to hear your thoughts. Have you read it? What were your thoughts? What C.S. Lewis book is your favorite?