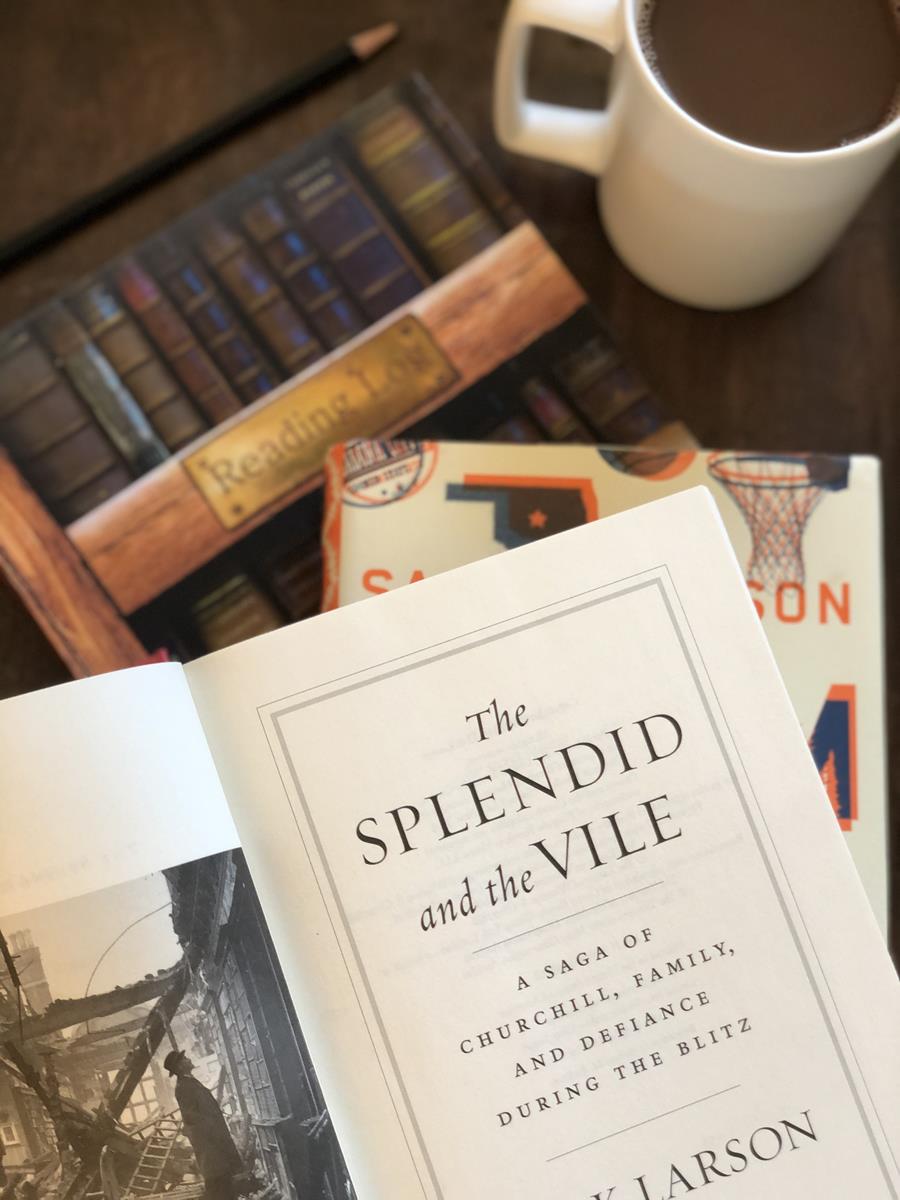 Some of our most popular posts are the posts where I share what my husband is reading. Today, I am sharing a list of some of his favorite books that he read in 2020.

My husband reads a wide range of books, including history, science, Christian topics, theology, and biographies. Some of the books he reads are ones that Grace and I recommend, but others are on subjects he just enjoys learning about. He reads not for books to agree with him, but to have a conversation and learn. This is what makes his list so broad. 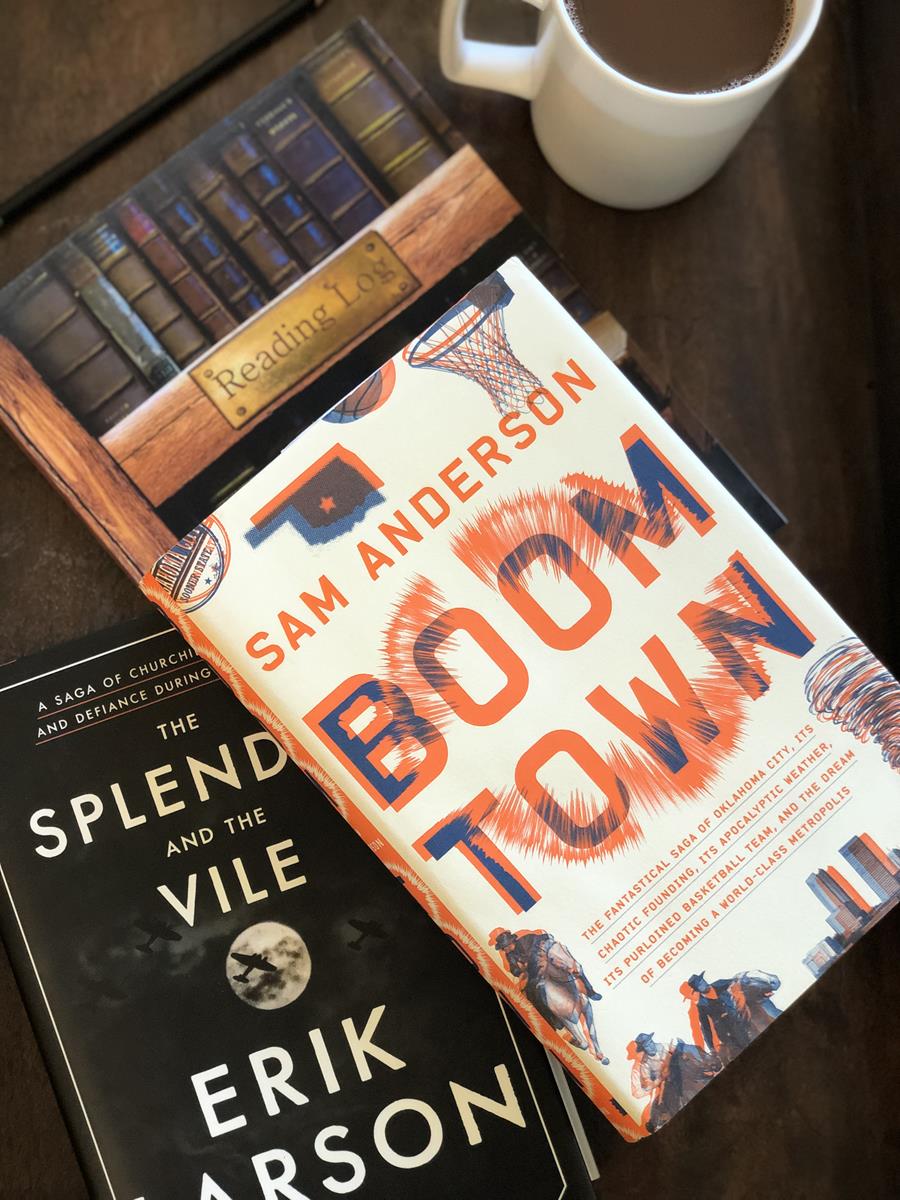 His list is heavy on nonfiction. He read a lot of history, leadership, and science type books. He did manage to read two classic fiction books this year.

He also listens to a lot of audio books, so some of them he listened to while driving to work, etc.

He read forty books this year and he is highlighting twenty of them.

Here are his thoughts on the 20 books. 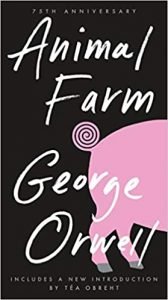 Animal Farm by George Orwell– A classic political commentary in the form of a fable that should be read by everyone. “All animals are equal, but some are more equal.” This is the first time that I have read this classic book, and I wish I had read it years ago. 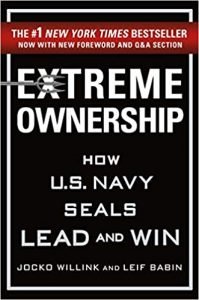 Extreme Ownership: How U.S. Navy SEALS Lead and Win by Jocko Willink – A basic business leadership book that would be especially good for those learning to lead. It discusses a principle with a story from Seal Missions (mainly from the Battle for Ramadi, Iraq) and then applies them to real-life business situations. 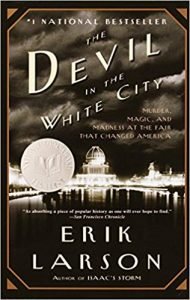 The Devil In the White City by Erik Larson – A study in contrasts surrounding Chicago’s World’s Fair. It traces the herculean effort to put it on, and the serial killer who took advantage of it. 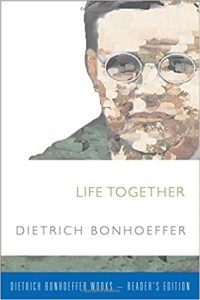 Life Together by Dietrich Bonhoeffer – A classic deep dive into what Christian daily life together should look like in a close Christian community. Several years ago, Eric Metaxas wrote the best seller Bonhoeffer: Pastor, Martyr, Prophet, Spy. That biography made Bonhoeffer better known to modern day readers. If you have not read that biography, I highly recommend you read it first. 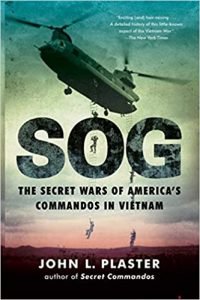 SOG: The Secret Wars of America’s Commandos in Vietnam by John L. Plaster – Probably the definitive book on Special Operations and Operators around the time of the Vietnam War. It documents the formation of SOG and a massive number of missions in the Far East surrounding the Vietnam War plus the men behind them. 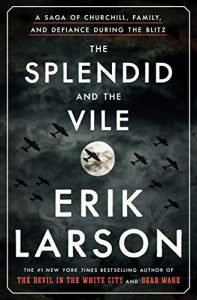 The Splendid and The Vile by Erik Larson – An excellent book covering the famous Churchill during his first year in office when the fate of freedom was in the balance. It covers his struggles and the struggles to keep England from falling to the Nazis. 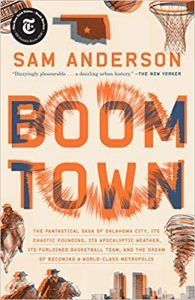 Boom Town by Sam Anderson – The most entertainingly written book I read this year. It is a book I would not have picked up if it was not for my wife’s recommendation. It was written by a sportswriter who moved to Oklahoma City to cover the OKC Thunder, basketball team. He good heartedly makes fun of OKC and their quest to be seen as a world class city at all costs including stealing everything from the land they were built on, to the State Seal of Oklahoma, to the Seattle Supersonics basketball team. He makes Oklahoma History entertaining, bouncing between characters like the Sooners sneaking in before the Oklahoma Land Run, Clara Luper during the Civil Rights Movement, and The Flaming Lips, all the while weaving in Durant, Westbrook, and the Thunder’s quest for a title. If only all history was this entertaining. A great gift for the NBA fan you know, anyone with ties to Oklahoma, and everyone who likes to make fun of Oklahoma. It is not, however, a completely clean book, but fine for most high school Juniors and up. 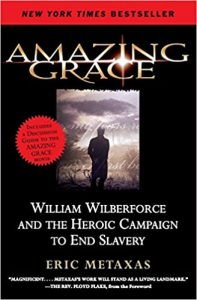 Amazing Grace: William Wilberforce and the Heroic Campaign to End Slavery by Eric Metaxas – A book on the man who probably did more to end the slave trade than anyone else that ever lived. It shows what and who influenced him to fight the evils of slavery including many well-known figures. Another must read history book. 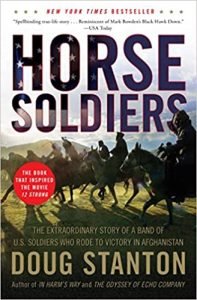 Horse Soldiers: The Extraordinary Story of a Band of US Soldiers Who Rode to Victory in Afghanistan by Doug Stanton – An epic war story highlighting the Special Operators and Afghanis behind the fight against the Taliban in the early days of the War in Afghanistan. 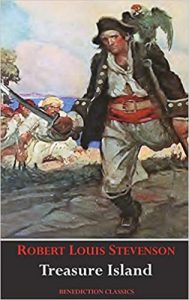 Treasure Island by Robert Louis Stevenson – The classic pirate story of treasure and colorful characters including the one and only Long John Silver. It is worth picking up again if you have not read it since high school 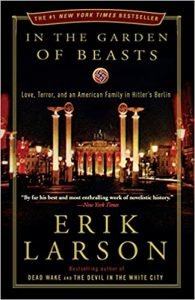 In the Garden of Beasts: Love, Terror, and an American Family in Hitlers Berlin by Erik Larson – Not the typical WWII story. It follows the family of the US Ambassador sent to Hitler’s Germany, their struggles, and what life was really like in Germany as the Nazi’s tightened the noose. 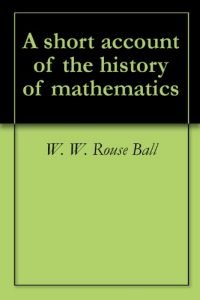 A Short Account of the History of Mathematics by W.W. Rouse Ball – An Audible original whose title captures it well. 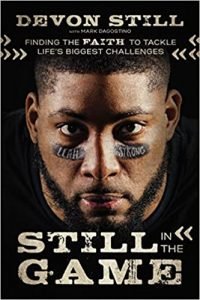 Still in the Game: Finding the Faith to Tackle Life’s Biggest Challenges by Devon Still – Too often we see professional athletes as “not like the rest of us.” This book shows that is not true, highlighting one football player’s personal struggles to stay in the game while balancing family and football. His daughter’s cancer diagnosis turned his world upside down and led him to inspire others in their fight against cancer. 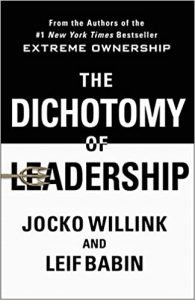 The Dichotomy Of Leadership: Balancing The Challenges Of Extreme Ownership To Lead And Win by Jocko Willink – This is the sequel to Extreme Ownership. The format is the same, and it further delves into basic business leadership. It is my favorite of the two books, is more comprehensive, and can be read on its own. 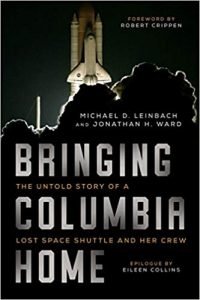 Bringing Columbia Home: The Untold Story of a Lost Space Shuttle and Her Crew by Michael D. Leinbach – A comprehensive look into the mammoth effort to recover the Space Shuttle Columbia and her crew after it exploded on reentry. It is very much a documentary with the dryness that can come with it, but if you followed the breakup and recovery effort, love the space program, and especially if you lived through the recovery, you need to add this book to your list. 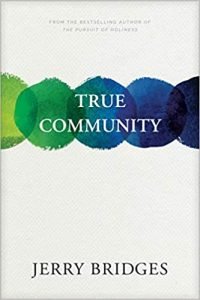 True Community by Jerry Bridges – A primer on what Christian life together should look like. 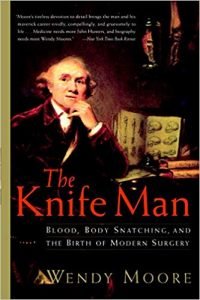 The Knife Man by Wendy Moore – Surgery was not always highly esteemed. What it took to gain the necessary knowledge of human anatomy was very messy. It took me almost a year to get through this book, and I am very glad I did. We are all indebted to Hunter for dragging medicine into the modern era. I loved the subject, but had a hard time staying engaged with the first half of this book. Hunter is believed to be the man who inspired Robert Louis Stevenson’s Dr. Jekyll and Mr. Hyde character down to the layout of his two connected houses. 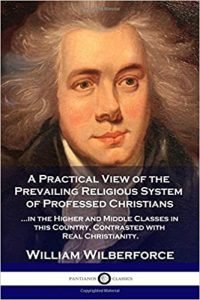 A Practical View of the Prevailing Religious System of Professed Christians in the Higher and Middle Classes in this Country, Contrasted with Real Christianity by William Wilberforce – As mentioned above William Wilberforce probably did more to end the slave trade than anyone else who ever lived. This book is his thinking about how Christians should live vs. how they actually lived during his time. If you think “now is the worst time ever,” be prepared to see that nothing has changed. People are still people. Most of this book was written with page-long paragraphs and giant run on sentences with 5 to 10 independent clauses, but that was the language of his day. The last few chapters which he wrote later had much plainer English, and they were golden. 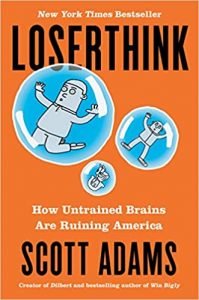 Loserthink by Scott Adams – A book on logic that everyone should probably read independently of their political viewpoint. Logical fallacies creep into all of our thinking, and it takes work to root them out. 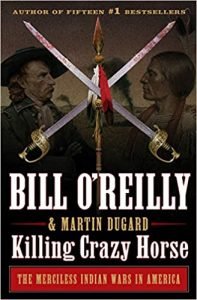 Killing Crazy Horse: The Merciless Indian Wars in America by Bill O’Reilly – An unvarnished look at how American Indians were treated during Westward Expansion. It is graphic and brutally honest: more compelling history that every American should know. It exposes the motivations on all sides along with the wrongs and downright atrocities while showing the characters as real people. I grew up in Oklahoma and am part Native American. I love to read books that focus on Native American History. It is my must read of 2020. 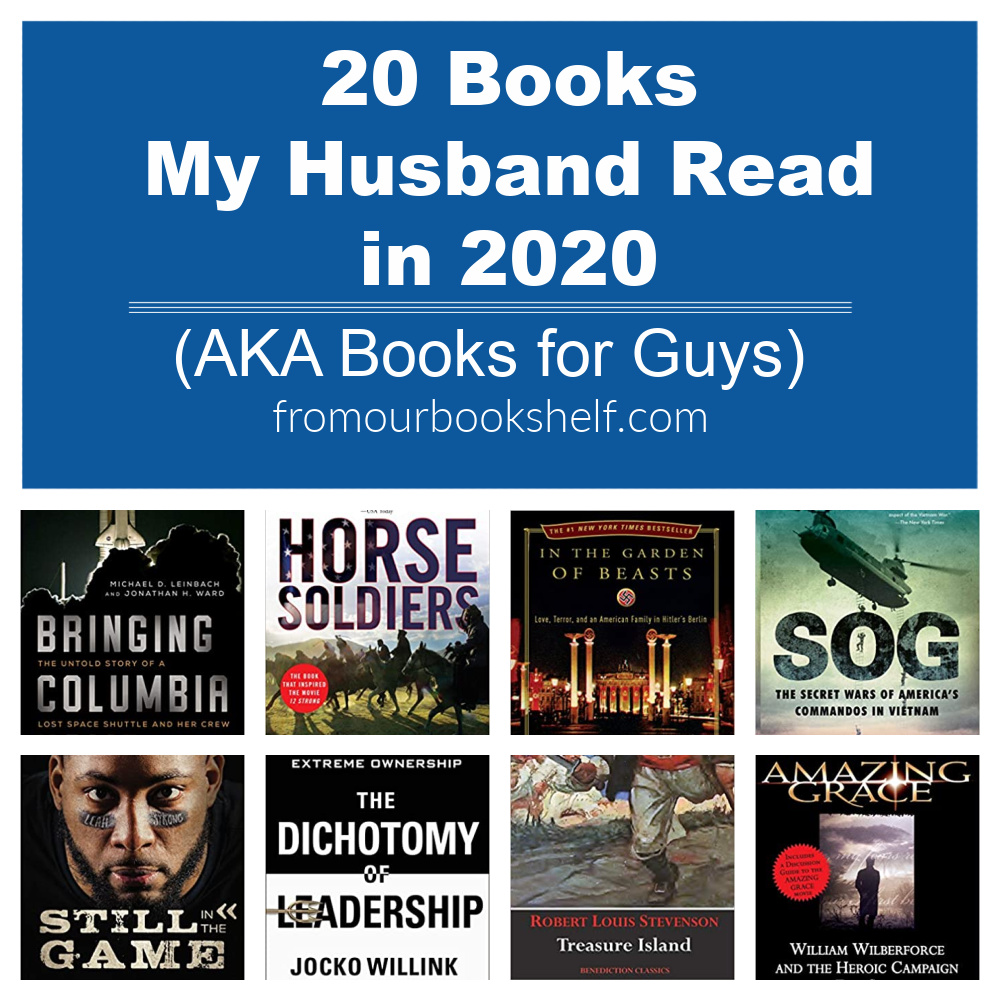