Books For Guys aka What My Husband Is Reading. I am sharing a list of books that my husband has read recently. 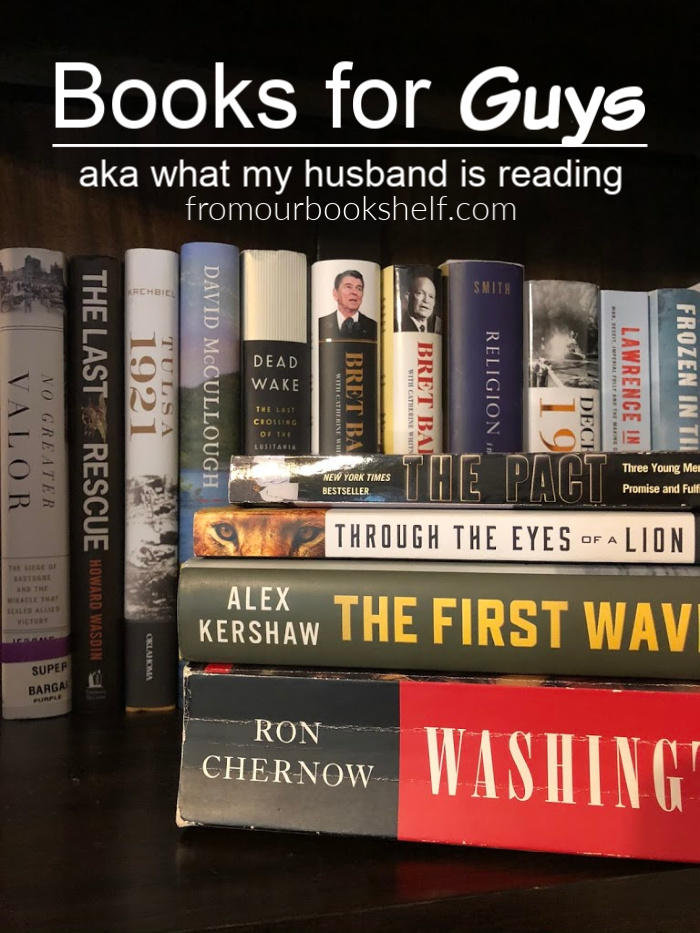 It has been almost a year since I did a post about books for guys also known as what my husband is reading. I can’t believe that it has been that long.

I love sharing these posts because the book blogging and social media world are full of view points from women, and it is fun to occasionally share some books for guys.

That is not to say women can’t enjoy these books, but they are the books my husband has been reading. So this is a book list that is geared for guys or the guys in your life. 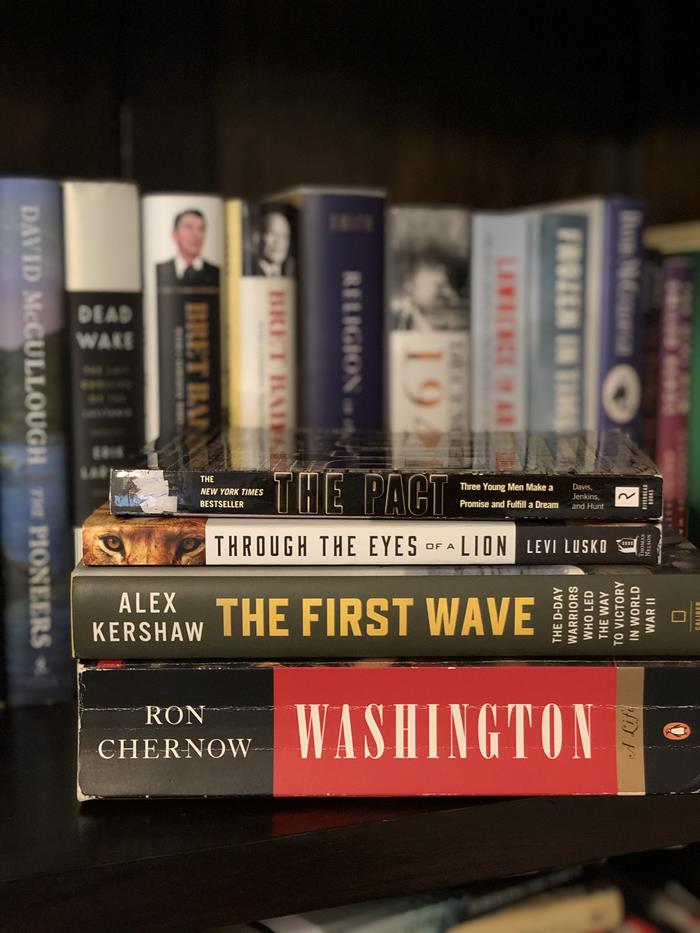 Some of the books he reads are ones that Grace and I recommended, but others are on subjects he just enjoys learning about. He reads a wide range of books, but they are mainly nonfiction, including history, biographies, Christian, theology, and more.

My husband also listens to a lot of audio books, so not all of these are books he reads. Some of them he listened to while driving to work etc. I made a note next to the books he listened to on audio.

What My Husband Is Reading 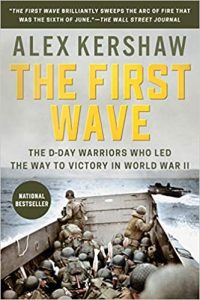 The First Wave by Alex Kershaw

Beginning in the predawn darkness of June 6, 1944, The First Wave follows the remarkable men who carried out D-Day’s most perilous missions. The unforgettable book includes the first American paratrooper to touch down on Normandy soil; the glider pilot who braved antiaircraft fire to crash-land mere yards from the vital Pegasus Bridge; the brothers who led their troops onto Juno Beach under withering fire; as well as a French commando, returning to his native land, who fought to destroy German strongholds on Sword Beach and beyond. 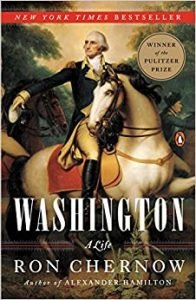 Washington: A Life by Ron Chernow

(He listened to this on audio) Ron Chernow provides portrait of the father of our nation and the first president of the United States. With a breadth and depth matched by no other one volume biography of George Washington, this narrative carries the reader through his adventurous early years, his heroic exploits with the Continental Army during the Revolutionary War, his presiding over the Constitutional Convention, and his magnificent performance as America’s first president.

In this groundbreaking work, based on massive research, Chernow shatters forever the stereotype of George Washington as a stolid, unemotional figure and brings to vivid life a dashing, passionate man of fiery opinions and many moods. 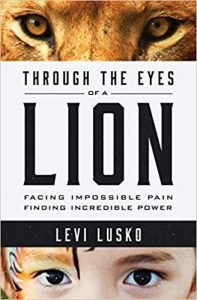 Through The Eyes of a Lion by Levi Luske

Her parents called her Lenya Lion because of her ferocious personality and hair that had been wild and mane-like since birth. But they never expected that, five days before Christmas, their five-year-old daughter would suddenly go to heaven after an asthma attack. How do you walk out of an emergency room without your daughter?
In Through the Eyes of a Lion, Pastor Levi Lusko shares the eye-opening truth of the power of hope in a world that is often filled with pain, suffering, and loss. He says, “This book isn’t a manual for grieving, but a manifesto for high-octane living, and through it I want you to see that God made you for a purpose. There is a wild and wonderful calling on your life, a microphone in your hands. Jesus wants you to look at the adventure of your life through His eyes, the eyes of a Lion.” Part memoir but all overtly instructive and deeply inspirational, Through the Eyes of a Lion gives readers the tools they need to face their fears and turn their journey into a roar story. 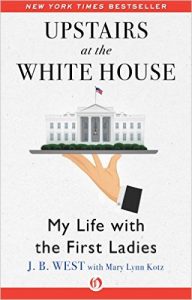 Upstairs At the White House by J.B. West

(He listened to this on audio) J. B. West, chief usher of the White House, directed the operations and maintenance of 1600 Pennsylvania Avenue—and coordinated its daily life—at the request of the president and his family. He directed state functions; planned parties, weddings and funerals, gardens and playgrounds, and extensive renovations; and, with a large staff, supervised every activity in the presidential home.

For twenty-eight years, first as assistant to the chief usher, then as chief usher, he witnessed national crises and triumphs, and interacted daily with six consecutive presidents and first ladies, as well as their parents, children and grandchildren, and house guests—including friends, relatives, and heads of state. 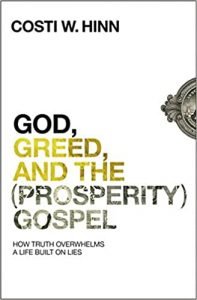 God, Greed, and the Prosperity Gospel by Costi Hinn

Millions desperate for hope and solutions are enticed by the promise of the prosperity gospel–that God will do whatever they need with just a little faith and a financial gift. All the while, prosperity preachers exploit the poor and needy to stockpile their riches. What can followers of the true gospel do to combat the deception?

Through a remarkable and fascinating journey, Costi Hinn went from a next-generation prosperity preacher to the first to abandon the family faith and share the true gospel. Nephew of the world-famous televangelist, Benny Hinn, Costi had a front-row seat to the inner workings and theology of the prosperity gospel. But as Costi’s faith deepened, so did his questions about prosperity teaching. As the deceptions in his past were exposed, Costi came face to face with the hypocrisy and devastation caused by his belief system, and the overwhelming truth about the real Jesus Christ.

This captivating look into the daily lives of one of the world’s leading prosperity dynasties offers a thoughtful perspective on the perils of greed, the power of the true gospel, and hope for the future of the global church. Through real-life stories, Costi challenges and equips readers to be living lights pointing the way to the true gospel and the saving grace of Christ. God, Greed, and the (Prosperity) Gospel will bolster your faith and encourage your own journey toward the Truth. 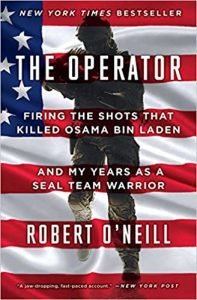 The Operator by Robert O’Neill

In The Operator, Robert O’Neill describes his idyllic childhood in Butte, Montana; his impulsive decision to join the SEALs; the arduous evaluation and training process; and the even tougher gauntlet he had to run to join the SEALs’ most elite unit. After officially becoming a SEAL, O’Neill would spend more than a decade in the most intense counterterror effort in US history. For extended periods, not a night passed without him and his small team recording multiple enemy kills—and though he was lucky enough to survive, several of the SEALs he’d trained with and fought beside never made it home. 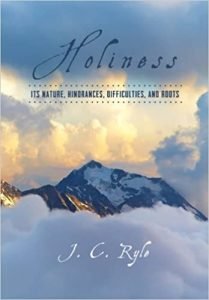 My husband started reading Holiness last year as part of a small group at church and finally finished it a few months ago. It is not a quick read, but it is a great one. It is considered a Christian classic by many. It is one of those books that you could easily reread every few years. 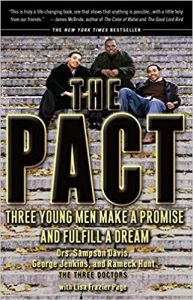 The Pact by Sampson Davis, George Jenkins, and Rameck Hunt

Chosen by Essence to be among the forty most influential African Americans, the three doctors grew up in the streets of Newark, facing city life’s temptations, pitfalls, even jail. But one day these three young men made a pact. They promised each other they would all become doctors, and stick it out together through the long, difficult journey to attaining that dream. Sampson Davis, George Jenkins, and Rameck Hunt are not only friends to this day—they are all doctors. 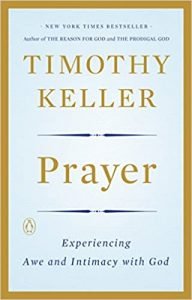 A friend recommended this book and my husband has now recommended it to quite a few people.  In Prayer, pastor Timothy Keller discusses the many facets of the everyday act of prayer.

The Story Keeper by Lisa Wingate