Many people know Cinderella Man from the 2005 movie starring Russel Crowe, but did you know that there is also a book The Cinderella Man?

This is one of the rarer times that the movie came before the book. The book came out a year after the movie, but both are based on the real story of boxer James J. Braddock. 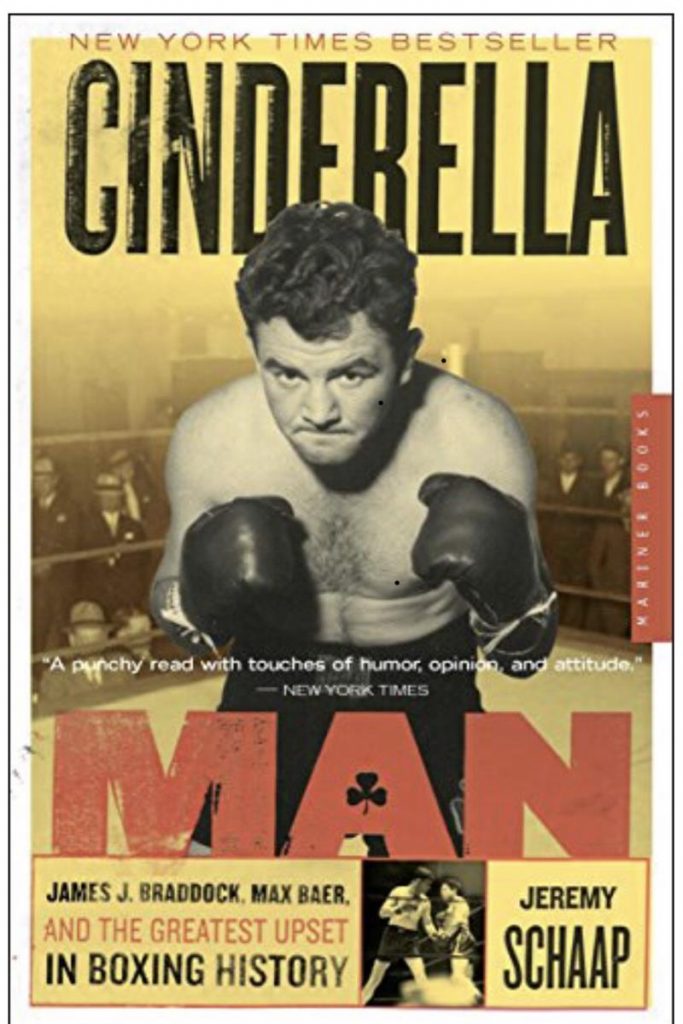 The Cinderella Man is on my list of favorite nonfiction books.

Part of the reason why was because when I read it I had just watched Rocky for the first time, and when I read about James J. Braddock, I realized he was the real-life Rocky.

The book is an actual fact that cannot always be captured by the movie. So this is not a true movie based on a book or book based on the movie, but they are about the same person and how it is such a heartwarming story with a simple man that one wants to cheer on.

The Cinderella Man movie was good in its own right.

I did not love it quite as much as the book, but I thought they did a decent job of sticking to the feel of and the concept of it being a Cinderella story.

I also thought Russell Crowe was an amazing pick for James Braddock. I think he was able to depict the actual man very well.

It was able to also capture the feel of the Great Depression. There were some details added in the movie that I do not recall being mentioned in the book, but movies are limited to how they can tell a viewer about the harder times.

An author can just state about the poverty of the manager, but in the movie, they need to have it shown, which is why Mrs. Braddock must visit him and his wife.

I love that there was still that element of keeping the family together, which was important to Braddock.

However, the family was a lot older than they were in real life. The kids would have been younger, and Braddock did not get married until sometime after his big fight in 1928.

Yet this family element adds drama and interest and a point to follow in the movie, so I can see why they changed it, but it was a major historical fact that did bother me as it is in your face immediately. 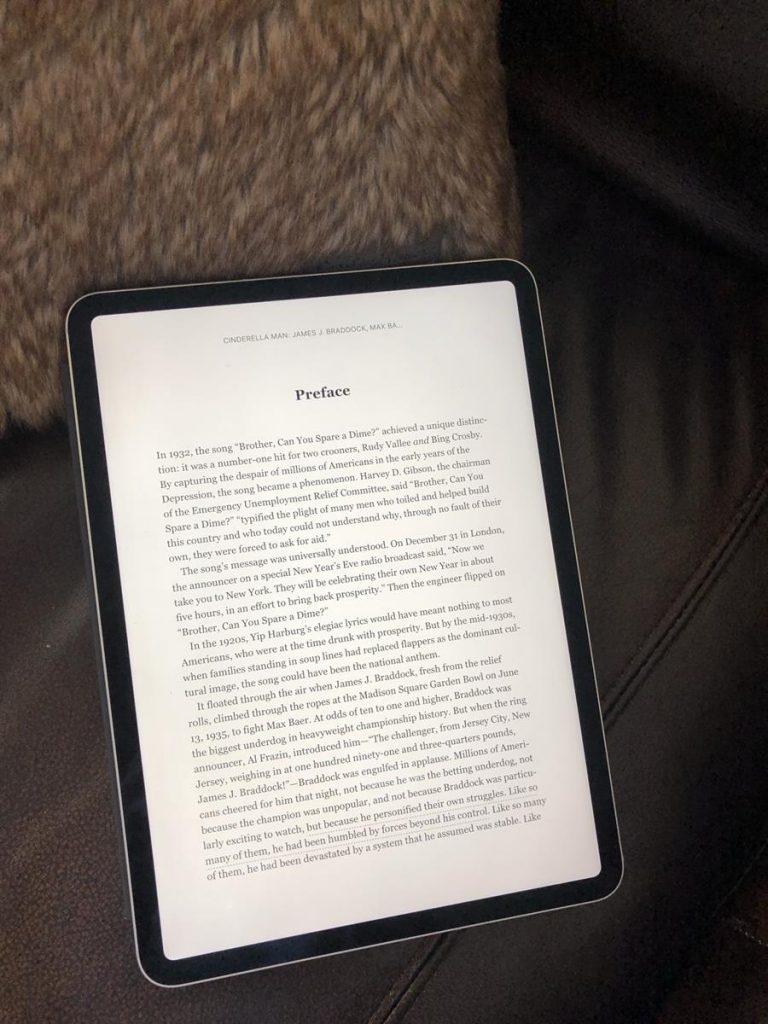 The book talks about the other boxers and the environment like how Max Baer was to fight another person. Furthermore, the book goes into a lot of depth about Max Baer and how he stood out. He was a bit of a jerk, not the nicest guy, and really did kill people with his fists, but I do not remember him being quite as bad as they betray him.

However, in the book, one learns some of how he got there and that he really did see Braddock as an unworthy opponent. The movie is limited in showing this, so it has to find other ways.

I loved that movie noted him being Jewish by having the Star of David on his boxing shorts because, during a time where anti-semitism was a big thing, he was a promoter for them.

In a sense, it also showed how Braddock was a figure in the Irish community, which also faced a lot of hardships.

I also loved the small detail like Braddock having to wear borrowed gear. It is true fact.

The boxing scenes were great in the movies and just as they were thrilling in the book.

The book goes more into the training and how Braddock grew in his fighting.

In the end, if you love one, you would probably appreciate the other.

The movie Cinderella Man has not made my top list of movies, but if someone I know loves Rocky or other boxing movies and does not really read, I would recommend Cinderella Man movie for them to watch.

It would also make a pretty good family movie night with slightly older kids. There is some language, low dresses and kisses, and of course violence from boxing, but I think it would have been a movie that I would have loved watching after I saw Rocky or even before I watched Rocky.

I will say that if you have watched the movie and loved it, I believe you will appreciate the book, especially if you want to learn more about the boxing world of the 1920s and 30s.

What do you think about The Cinderella Man book vs movie? Which one is better?

Other Book vs Movies

The Best Question to Ask a Park Ranger