Eisenhower in War and Peace by Jean Edward Smith 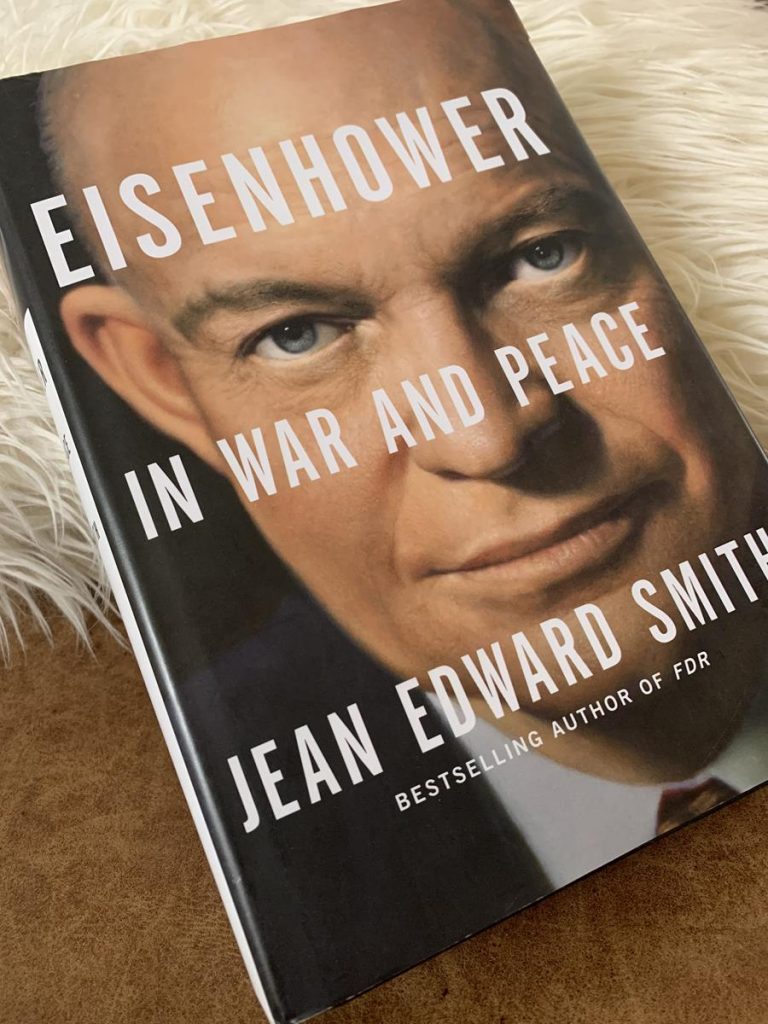 Back when my girls were in high school, they both made a goal to read a nonfiction book about every president. They got off to a great start and then slowed down once college started.

My oldest daughter graduated from college last year, and her reading has taken off again. She recently shared with me a little bit about reading Eisenhower In War and Peace by Jean Edward Smith and how much she enjoyed it.

I asked her if she would do a book review, and she gladly said that she would. Thank you, Brianna for sharing your thoughts on Eisenhower In War and Peace. And if you want to see what else Brianna is reading, you can find her on Instagram at U.S. Military Reads. 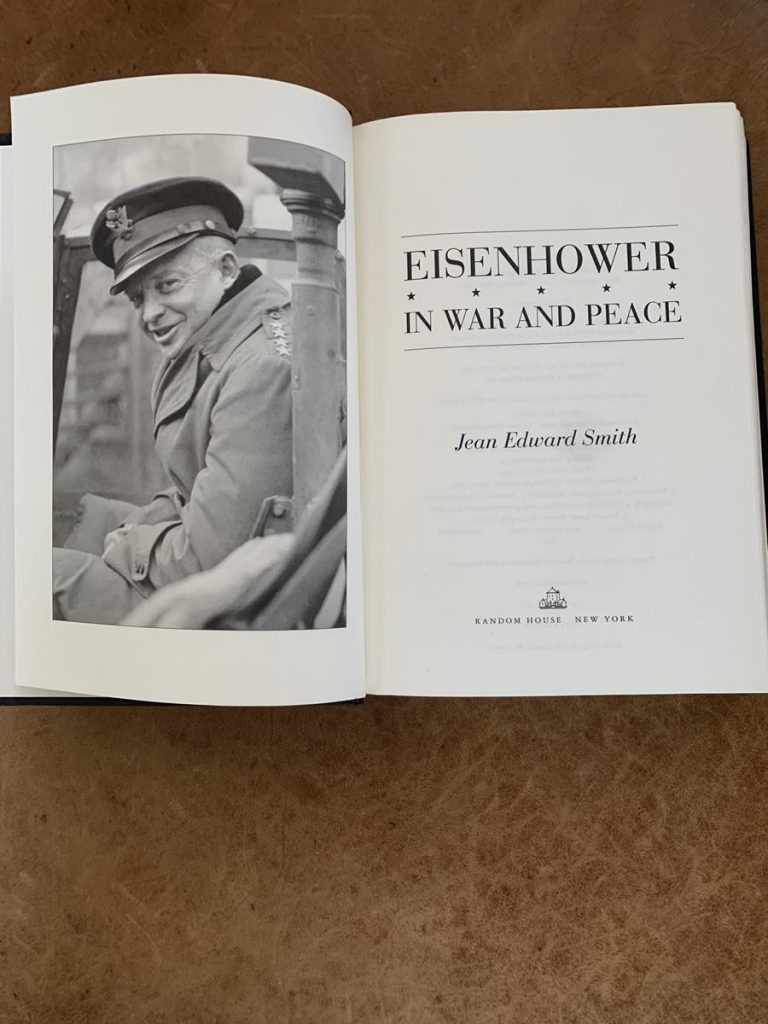 General Dwight D. Eisenhower lived and breathed the military. At age nineteen, he applied to West
Point and began his military career at the age of twenty. He graduated two years before the U.S.
entered WWI. Eisenhower was disappointed that he was not sent overseas during WWI. Instead, he
attended classes at the Army’s first tank school and was placed in charge of preparing the 301 st Heavy
Tank Battalion for Combat.

After WWI, Eisenhower narrowly escaped a court martial for drawing an allowance from the military for
his son, who had recently died from scarlet fever. Between WWI and WWII, Eisenhower moved around
to multiple different assignments—both on and off U.S. soil.

Following the Japanese bombing of Pearl Harbor, Eisenhower worked in Washington under General
George Marshall, focusing on the Pacific Theater. During that time, he was too caught up in the war to
even attend his own father’s funeral. Afterward, he was promoted to theater commander in the
European Theater. He was then put in charge of operations in Africa. Subsequently, President Franklin D. Roosevelt put him in charge of Operation OVERLORD: the D-Day invasion.

After Germany fell, Eisenhower returned to Washington as Chief of Staff. After resigning from that
position, Eisenhower tried to focus on a job as President of Columbia, but the military and politics had
too strong of a pull. He soon became the supreme Allied commander in Europe. He then became
president—the Supreme Commander of the U.S. During that time, he worked hard to avoid war with
multiple nations and ended the Korean War.

After his time in the White House, Eisenhower wanted to give up his title as President and return to his
former military title of General. At the time, Congress had to pass a bill for him to switch titles. Congress
granted his request. After suffering numerous heart attacks, General Dwight D. Eisenhower passed away
on March 28, 1969. He was buried in the standard Army coffin, which cost only eighty dollars, in his
hometown of Abilene. 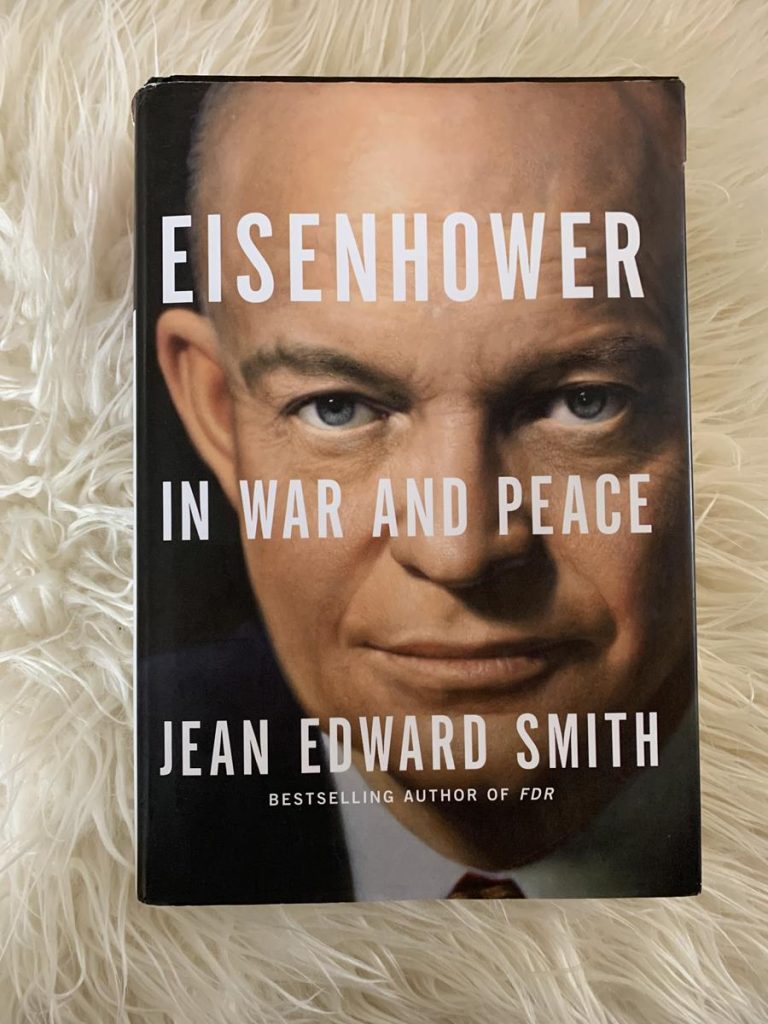 My Thoughts on the Book

Due to Jean Edward Smith’s military background, Smith did an excellent job capturing how General
Dwight D. Eisenhower’s life revolved around the military. Smith was very thorough on Eisenhower’s
military career during WWII, although he was often critical of Eisenhower’s strategies.

A few times, I became bogged down in WWII battles and had to take a break, but I appreciated how the narrative was not too dry overall. Out of the presidential books I have read so far, Eisenhower In War and Peace  by Jean Edward Smith is by far my favorite.

Other Presidential Books that We Enjoy

Thomas Jefferson The Art of Power

Ulysses Grant In War and Peace

41 A Portrait of My Father

What My Husband Is Reading aka Books For Guys Spring 2021