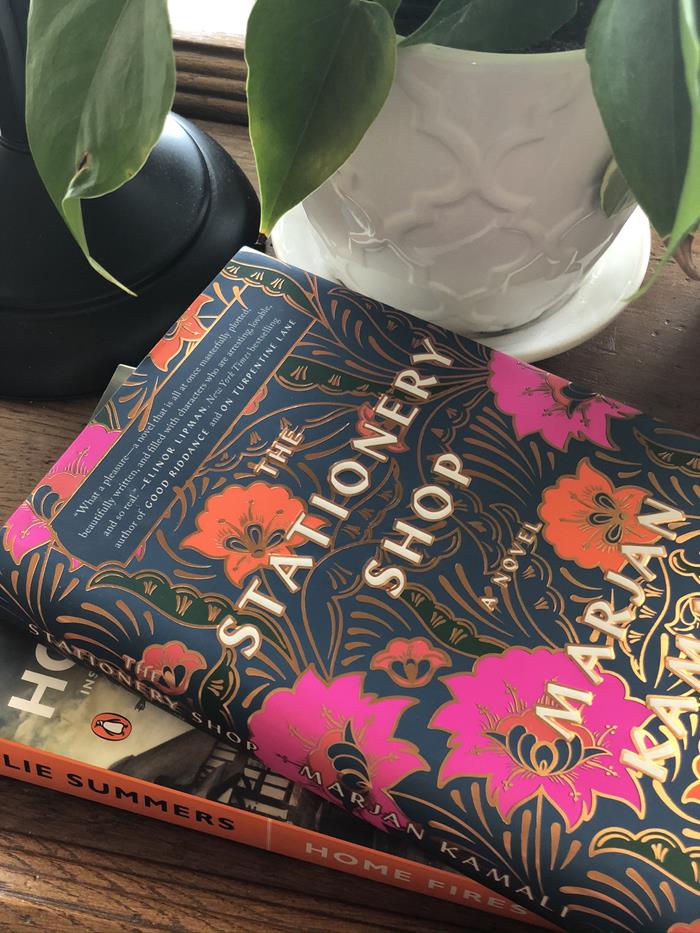 I have heard quite a few people say that reading right now is hard. I agree. I have not gotten quite as much reading done as I thought I would.

I think reading right now is all about comfort reading and what works for you. Find books that help you relax and escape. Or read a book that puts our current events into perspective.

Don’t give up on reading right now, instead try to find books that work for what you need right now.

Grace and I have been using our time to get some new book reviews up. We have fifteen new reviews for you today. 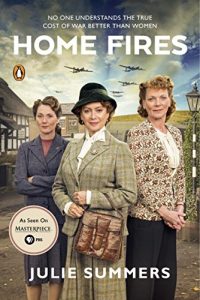 Home Fires by Julie Summers is the book that inspired the television series Home Fires. The book Home Fires was originally titled Jam Busters, but was republished with the title Home Fires.

Home Fires is the true story the Women’s Institute, also known as the WI, in Britain during WWII. It shares the story of the sacrifice that women had to make during the war. The WI is known for making jam during WWII, but they did so much more. They planted gardens, raised livestock, sewed clothes, mended clothes, wrote letters, and so much more. I really enjoyed this one. ~ Lynn 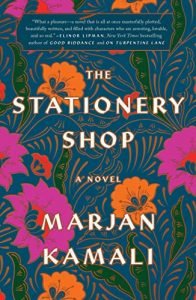 The Stationery Shop has gotten a lot of attention since it came out, and after reading it, I can see why. I often skip books that get a ton of attention. I am not one to read a book just because everyone is reading it. And although I love the cover on this book, I also don’t usually choose a book based on a cover.

I prefer to make sure the book isn’t just getting pushed by publishers, but that it is truly good enough to stand the test of time. But when I read a review of The Stationery Shop by a book reviewer that I trust, I decided to give it a try. I am so glad I did. I loved this book. ~ Lynn 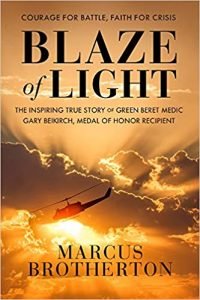 Penguin Random House sent us Blaze of Light for free to review. I enjoyed being able to read this book. It is on Vietnam, so it is not a genre I read a lot on. I have read a few and found the war interesting, but not as much as I enjoy World War II at this point in my life. This was a good read for me. It was a different perspective.

It is about a Green Beret Medic who went to Vietnam and ended up in Dak Seang where Montagnard, which was mountain tribe, were camped and being helped by 12 Green Berets. I had read very little on the people of Vietnam, and this culture. ~ Grace 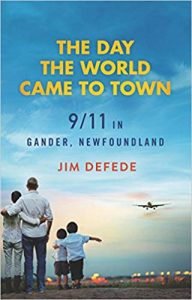 The Day the World Came To Town

The Day The World Came To Town is a book about 9/11 but also about so much more.

On September 11, when the U.S. closed it’s airspace, thirty eight jetliners were forced to land in Gander, Newfoundland. Gander was a small town of around ten thousand people, and in less than twenty four hours, it almost doubled in size.

The town banded together and gave those stranded passengers a welcome like no other. In the midst of a horrific disaster, Gander, Newfoundland stepped up and showed what ordinary people can do to make a difference. ~ Lynn 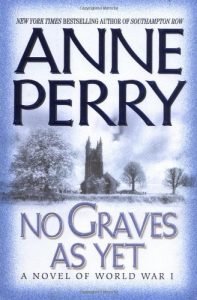 No Graves As Yet

I love a good cozy mystery and No Graves As Yet is a one that I really enjoyed. This book was the perfect read for something a little different than the other books I had read recently. No Graves As Yet is set in England in the days leading up to WWI. It is part mystery and part spy thriller. I can’t wait to read more books by Anne Perry. ~ Lynn 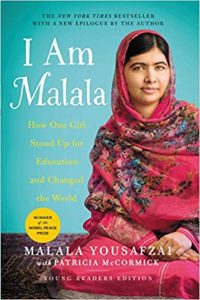 My husband got me the book, I Am Malala: The Girl Who Stood Up for Education and Was Shot by the Taliban, for my birthday. He thought it was a book that I would enjoy because it was a subject and country that I had not read a lot about.

I remember Malala’s story being on the news when it happened, but I didn’t really know much about her beyond those basic news clips. The book I am Malala shares the story of how Malala, and really her whole family, stood up for education in Pakistan. ~ Lynn 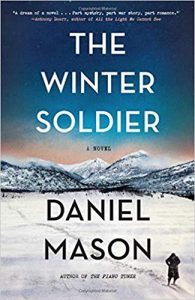 I have mixed thoughts on The Winter Soldier. I wanted to love this book. I picked it up at Magic City Books in Tulsa when I attended an event for Anne Bogel. At that event, I met Curtis and Chelsey of He Reads She Reads. I got to talking to Curtis about our love of nonfiction books and our trouble with good finding fiction that we like. This book had caught his attention, and he pointed it out to Grace and I. After reading the cover of it, I knew that it was a book I wanted to read.

The Winter Soldier is about about a medical student who finds himself on the battle field, in a remote area, during WWI. It weaves together a tale of love, war, hardships, friendships, and more. You can read the rest of my thoughts on this one here. ~ Lynn 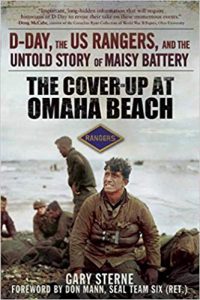 The Cover Up At Omaha Beach

The Cover-Up at Omaha Beach was a neat book to read. I learned a lot and was able to read a ton of first hand accounts of D-day and the days that followed and then into the future. It showed how man bought the land where the Maisy Battery was, which lead him to write this book. He shows pictures, which was neat. It is a cool book. ~ Grace 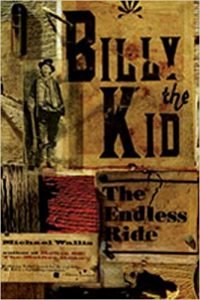 Bunches of movies, TV shows, episodes, book, and verbal tales have been spread about Billy the Kid. I have watched some of these, but have yet actually read a book dedicated to this famous outlaw. I found this at a used bookstore a while back and bought it because it was cheap and peaked my interest. I recently read Wild Bill, which brought my attention to Billy the Kid, so I began to read this book shortly there after.

Billy the Kid The Endless Ride has author, Michael Wallis, that brings together many different tales of Billy the Kid to try and figure out what is truth and what is fiction. I was a little dissatisfied by the book because they know so little. I wanted definitive facts, and there were few of those. ~ Grace 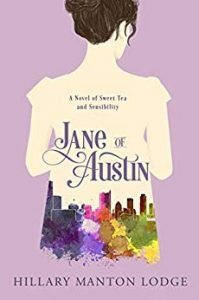 I picked Jane of Austin up on clearance for three dollars at a bookstore. It looked like a fun read. It was. It wasn’t a deep or a thought provoking read, but it was a fun clean romance. ~ Lynn 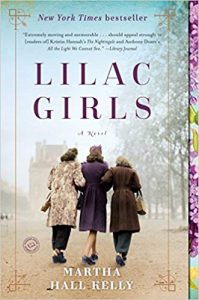 Lilac Girls by Martha Hall Kelly was published in 2016 and has been a popular WWII historical fiction book over the last few years. I had heard great things about it, so I decided to finally give it a try.

Lilac Girls has almost five hundred pages, so it is a fairly long book compared to many modern historical fiction books. It took me at least one hundred and fifty pages to get into too. I almost put it down several times. I mentioned it in my Facebook group and multiple people told me to keep reading it because they thought I would enjoy it. And I did! ~ Lynn 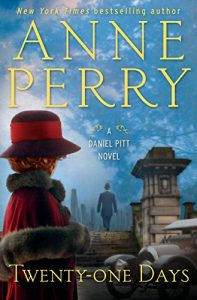 Anne Perry books have been on several cozy mystery book lists that I have seen, so she has been on my to read list for awhile. I finally decided to give her Daniel Pitt series a try, and I am so glad that I did.

I love to read mysteries, but I like cozy mysteries. I don’t do well with books with a lot of gory or graphic details. Twenty One Days is set in 1910 in London. It follow Daniel Pitt, a junior barrister as he solves a murder case.

I can’t wait to read more books in this series and by Anne Perry. ~ Lynn 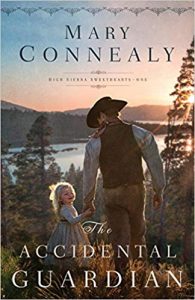 I needed a relax read after I finished school, so I decided to read The Accidental Guardian. It was just what I wanted. It was a cheesy romantic western that was clean and a great read. ~ Grace 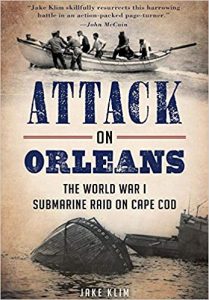 As you see the title of this book Attack on Orleans, you may be first thinking of New Orleans, but no this is about the attack Orleans, Massachusetts. Yes, in World War I, there was a submarine off the coast of New England. 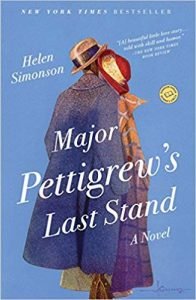 I have heard so many good things about the book Major Pettigrew’s Last Stand that I knew I had to read it. It has been on my to read pile for a long time. When I found the book at a used bookstore, I knew it was time to finally read it.

Major Pettigrew’s Last Stand was nothing like I expected it to be, but I really enjoyed it. It took a little bit to get into the book, but once I read a few chapters, I had trouble putting it down. It is the story is of a Major, who is a retired widower that lives in an English village. He forms an unlikely friendship with a shopkeeper. The book deals with everyday life issues like kids, retirement, friendship, marriage, family, and community, in a well written way. ~ Lynn

Thoughts On Reading During Difficult Times